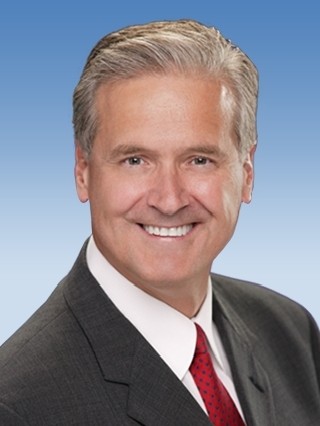 Mark is an Emmy Award winning meteorologist who has been forecasting the weather for more than 20 years.

Mark received his B.A. in Political Science from Northwestern University in Illinois. He also received a B.S. with Great Distinction in Meteorology from San Jose State University in California. Mark also holds the Seal of Approval of the American Meteorological Society.

Mark grew up in a broadcast family. His dad owned and managed an AM radio station in Griffin, Georgia, for 50 years.

Mark has three children. His older son, Stewart, is a firefighter in Illinois. His daughter, Clair, plays basketball for Vanderbilt University. His younger son, Jackson, is still at home.

In his spare time, Mark plays the trombone, and enjoys cycling, swimming, reading and writing.